Paintball Games - How to Let Go of Your Apprehension!

Have you ever experienced apprehension of accepting an invitation for your best friend’s paintball birthday party?  Do not feel alone.  No matter what age, if you have not played paintball before, your curiosity can easily turn into fear.

No one has ever been killed by getting hit with a paintball. Paintball guns do not shoot fast enough, and the paintball is not heavy enough to cause any permanent physical or life-threatening bodily damage. Best way to see for yourself is to schedule a visit to a paintball park near you. Simply google paintball parks near me.

Naturally, you must follow safety rules such as covering as much exposed skin on your person as possible. If you get hit on your bare skin from a paintball traveling at a high speed, close range, it will hurt a lot and could cause bruising and welts.

Trying to accurately express the pain level depends on many factors such as, where the paintball hits you, how close the opposing player is and the speed their gun has been chrono graphed. The referee will “chrono” or measure the velocity/speed of the paintball on your gun before heading out to the playing arena.

At Paintball USA, beginner players using our rental air guns, a referee will chrono your gun between 250 and 260 feet per second. More advanced players can have their own personal air guns chrono graphed at 280 fps.

Paintball is an extreme sport such as skate boarding, BMX riding and surfing.  These types of sports increase your adrenaline because they are overly exciting.  Adrenaline tends to reduce pain levels when getting hit with a paintball.

What you wear to play paintball games makes a difference in how much it hurts when getting hit with a paintball.  Remember that by placing a layer or more of clothing between your skin and the paintball will lessen the impact and decrease your chances of getting a bruise or welt.

Unlike paintball air guns, BB guns can kill a person.  BB guns sometimes have high velocity settings up to 350 feet per second which can make them lethal weapons.

Air soft guns when fired at a standard velocity of 400-700 feet per second can injure a player, but not kill a person.

The parents planning birthday parties for younger players prefer to have the participants use .50 caliber air guns. Paintball safety masks and chest protector rentals are included with all rental packages.

Check out our paintball facts and safety rules https://www.paintballusa.org/about/paintball-facts

Paintball is a Team Shooting Sport

Paintball is a competitive team shooting sport where players eliminate opponents on the opposing team in games of Capture the Flag. The paintballs are water soluble, nontoxic, filled with gelatin that break upon impact.

Paintball began in the 1960s when Charles Nelson of the Nelson Paint Company invented the pump paintball air gun and pistol that was powered by co2 cartridges. During the years to follow, the semi-automatic and automatic markers were invented. Co2 gas has been replaced by compressed air to power paintball guns which proves to be more economically feasible to our environment.

Charles Nelson created spray paint devices for agricultural use and invented balls for marking, which were gelatin paintballs injected with oil paint.

No matter which game the referee is guiding you through, Capture the Flag, Attack and Defend, Fox and the Hound, Protect the President and others, the goal is to assist your team in winning.

Paintball Parks have natural terrain to use as bunkers and some man made. Be aware of the bunkers, trees, trenches, hay bales, structures and wooden wheels that are near while you are playing so you can dodge paintballs coming your way.

Paintball is a safe and fun team sport.  It can cause bruising and welts. Dress properly. Follow the safety rules and guidelines provided by the staff and management at Paintball USA. Should you need information or have general questions, please contact us https://www.paintballusa.org/contact 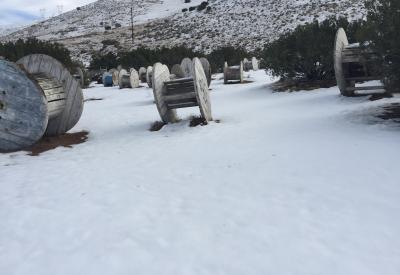 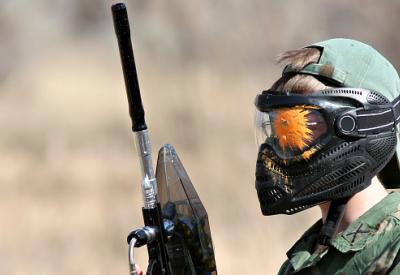 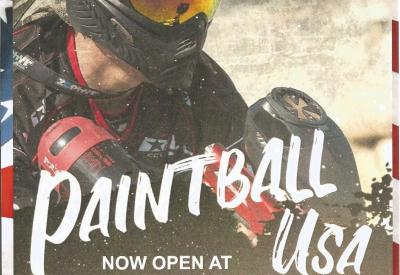